Moving from California to Arizona People are moving from California to Arizona primarily because of the cost of living. The taxes and real estate in Arizona are far less than in California. In addition, everyday items like food, clothes, and childcare are also more affordable in Arizona.

Moving to a place with great job opportunities, lower cost of living, and less congestion has caught the appeal of many California locals. This article will provide the cost of moving from California to Arizona and tips and information you can use if you’re considering the change.

Fun Fact: The US Census Bureau estimates that an average of 300 people are moving into Arizona daily.

Why are people moving from California to Arizona?

There are many reasons that so many people are moving from California to Arizona. However, the most common cause is the cost of living. Below you will find other common reasons why California locals pack their boxes for The Golden State.

1. The cost of living in California is becoming increasingly unaffordable, especially for families. In Arizona, the cost of living is much more reasonable, making it a more attractive option for those who want to stretch their budgets.

2. The weather in California can be extreme, particularly in the summer months when temperatures can soar. In Arizona, the climate is more moderate, appealing to many people.

3. California has been plagued by natural disasters in recent years, including wildfires and mudslides. Some people are looking for a less prone place to such disasters.

4. California has a high crime rate, while Arizona generally has a lower crime rate. It is another factor contributing to Arizona’s appeal as a place to live.

5. Finally, many people simply prefer the slower pace of life that Arizona offers. They find the state to be more laid-back and relaxed than California, which can be appealing to many.

Cost of moving from California to Arizona

Quick answer: The average cost of moving from California to Arizona is $3500 to $7000. The most significant cost factor is the size of your move and mileage. However, the company you chose and the service you request will affect the cost.

Moving out of state can be costly. The good news is there are ways of reducing your moving cost. Below you will find the top three methods of lowering the cost of your move to Arizona.

Purge: Moving is a great time to downsize. The size of your move is the most significant cost factor, so getting rid of stuff will help. You can contact a local non-profit that will pick up the furniture at no cost or sell them online for some extra cash.

Self-pack: Consider buying boxes and self-packing your personal effects. Self-packing can help reduce your moving cost by about 10%. However, if you’re in a hurry or have a hurt back, you might want to leave it up to the pros.

Find a good mover: Don’t spend time looking for the cheapest moving cost. There are so many moving scams in the industry. Look for a long-standing company with a solid reputation to get your goods safely to their destination. 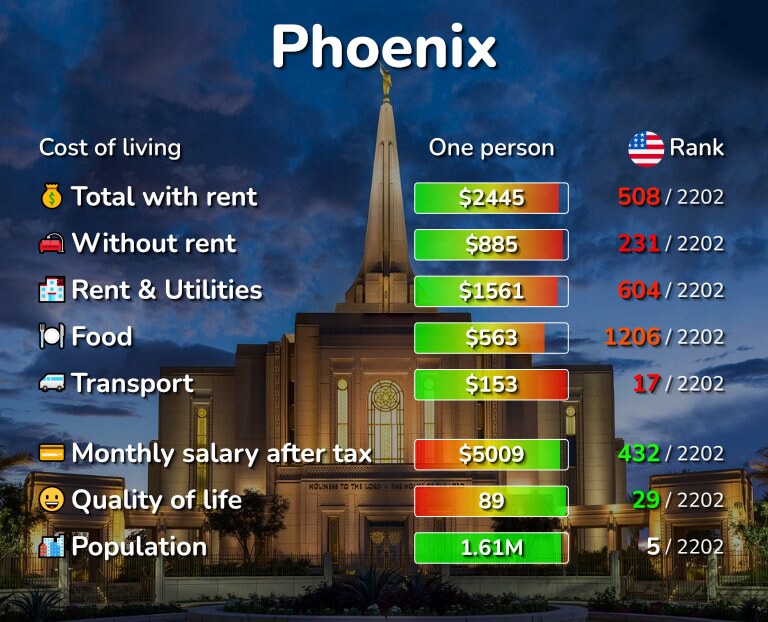 Cost of living in Arizona VS California

One of the most significant factors impacting the cost of living is housing costs. According to Zillow, the median home price in California is $800,000, while in Arizona, it is around $450,000.

Finally, the cost of food also varies between these two states. In California, the average monthly food costs are $520, while in Arizona, they are only $480. This difference is because Californians tend to eat out more often than Arizonans.

What’s the cost of shipping a car from California to Arizona?

Quick answer: The average cost to ship a vehicle from California to Arizona is $1200 to $1800. The make, model, mileage, and service will be the most significant cost factor.

It’s also suggested that you take before and after photos in case of an insurance claim. Insurance claims on auto transport are rare, but it’s better to be safe than sorry.

How long will it take to get my stuff from California to Arizona?

Quick answer: The standard transit time when moving from California to Arizona is 5 to 10 days. The mover you chose and the time of year can affect the transit times. It’s always best to speak with the mover of your choice to confirm how long it will take.

Peak season for the moving industry is from May 15th to August 30th. You may find that your move will take longer during the summer months. The demand goes up by about 60%, which causes a shortage of drivers.

What if I need storage for my move?

Most moving companies offer long and short-term storage. Rates vary from company to company, but you can expect an average of 65 cents per cubic foot or 10 cents per lbs.

What’s the fastest-growing city in Arizona?

The fastest-growing city in Arizona is Phoenix, located in the southern part of the state. The population of Phoenix has been multiplying in recent years, and it is now the fifth-largest city in the United States.

Phoenix is a popular destination for tourists and retirees, and its mild climate and beautiful desert scenery make it an attractive place to live. The city has a strong economy, and its job market is robust.

Phoenix is also home to several large businesses and corporations, including Intel, American Express, and Honeywell. Phoenix is worth considering if you’re looking for a fast-growing city with plenty to offer.

What are the best places to live in Arizona?

There are many great places to live in Arizona. However, some stand out above the rest. If you’re considering moving from California to Arizona, you will find top picks below.

Flagstaff is a beautiful city located in northern Arizona. It is well known for its stunning views of the nearby San Francisco Peaks and its proximity to popular destinations like the Grand Canyon. Flagstaff is also home to Northern Arizona University, making it an excellent place for students or young professionals.

Sedona is a small city located in central Arizona. It is world-renowned for its red rock formations and scenic hiking trails. Sedona is also home to several high-end resorts and spas, making it a great place to relax and rejuvenate.

Scottsdale is a large city located in central Arizona. It is well known for its luxury resorts, golf courses, and shopping. Scottsdale is also home to several major corporations, making it a great place for professionals.

Phoenix is the largest city in Arizona and the capital of the state. It is located in central Arizona and is well known for its warm weather and desert landscape. Phoenix is also home to many professional sports teams, making it an excellent place for sports fans.

Tucson is a large city located in southern Arizona. It is well known for its University of Arizona, vibrant nightlife, and many cultural attractions. Tucson is also home to Davis-Monthan Air Force Base, making it a great place for military personnel or their families.

These are just a few of the great places to live in Arizona. No matter what you are looking for in a city, you will find it in Arizona.

Also check out: Tips when moving to Arizona

What are the pros and cons of living in Arizona?

There are many pros and cons to moving from California to Arizona. However, Arizona’s living cost is affordable, which draws much attention.

One of the biggest pros of living in Arizona is the scenery. The state is home to some of the most beautiful landscapes in the country. From the red rocks of Sedona to the canyons of the Grand Canyon, there is no shortage of natural beauty in Arizona.

Another pro of living in Arizona is that it is a very diverse state. You can find people from all walks of life in Arizona, and it is one of the most multicultural states in the country. This diversity can be a great thing, as it allows you to meet new people and learn about different cultures.

However, there are also some downsides to living in Arizona. One of these is that the state has a high crime rate. It is especially true in the larger cities, such as Phoenix and Tucson. If you are not careful, you could find yourself a victim of crime in Arizona. 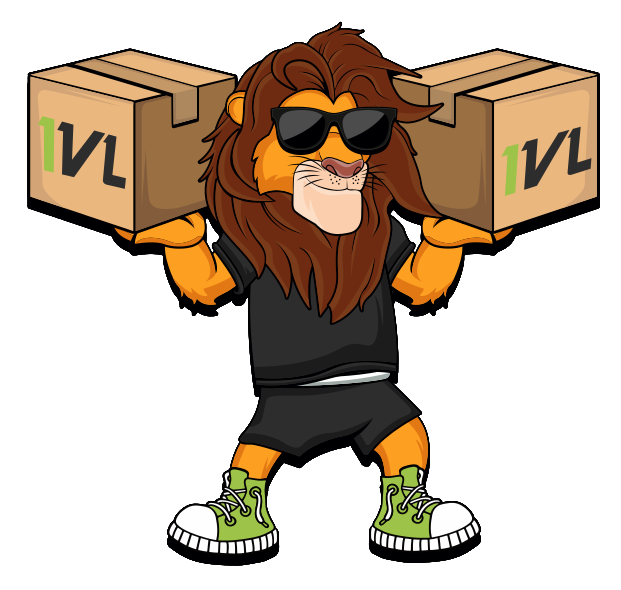 What are the demographics in Arizona?

Most of Arizona’s population resides in the Phoenix metropolitan area, home to over 4.6 million people. Other major cities in Arizona include Tucson, Mesa, Chandler, and Glendale. You will feel right at home if you move from California to Arizona.

How to change your address?

You will also need to change your address with other organizations like the DMV, Home Services, etc. It’s easy to lose focus when moving, so create a checklist of all the required address changes.

The school system in Arizona is very different from what most people are used to. There are a lot of charter schools, which means that there is more choice when it comes to education. However, this also means more of a focus on standardized tests and less on creativity.

Some parents feel like their children are not getting the best education possible, but others think the charter school system is the best way to ensure their children get into college. It depends on your situation and what you value most in education.

There are many reasons to move from California to Arizona. The cost of living is lower in Arizona, and the weather is generally more pleasant.

There are also plenty of opportunities for outdoor activities and adventure. If you’re looking for a change of pace, Arizona may be the perfect place.

There are also many job opportunities in major cities like Phoenix or Tucson. If you have any questions about moving from California to Arizona or you would like a moving quote, feel free to reach out to us at any time. We have a location in Arizona.