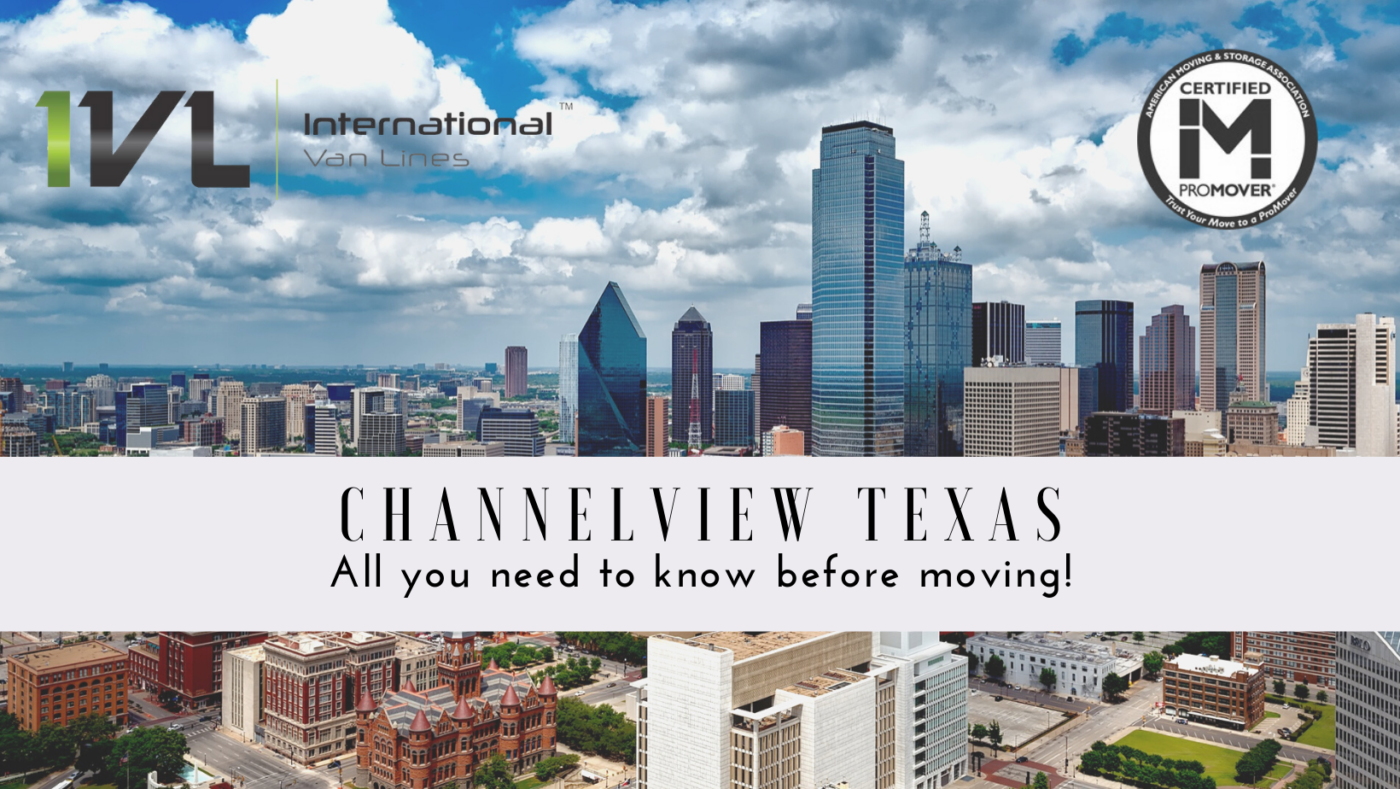 Channelview is in Houston, Texas neighborhood. It is known as an oil refining hub and is located at the confluence of the San Jacinto and Old River rivers. This is in eastern Harris County, south of I10 and the Missouri Pacific Railroad, and 15 miles southeast of Houston.

The name is derived from the fact that it is located on the Houston Ship Channel. When oil was discovered in the early 1900s, this area was inhabited by oil refining workers and their families. As a result, schools and a post office were built for the workers’ families. A sawmill, as well as other businesses and residential communities, were also in the area, in addition to the ship channel industry. During WWII, Channelview was home to a US Army Ordnance Depot.

In the late 1940s, the population of the region was estimated to be about 700 people. A petrochemical plant was constructed near the ship channel in the 1960s, and the populace had risen to nearly 8,000 people. By the turn of the century, the populace had swelled to nearly 30,000. By 2010, the population of the city had risen to about 40,000 residents. As of July 1, 2020, the Channelview Census Designated Place had a population of 44,381. As compared to other cities, towns, and Census Designated Places in Texas, Channelview ranks in the upper quartile for Population Density and Diversity Index.

Cost of Moving in Channelview Texas

This makes IVL is your go-to mover when you are moving in Channelview Texas. – CLICK HERE TO READ OUR REVIEWS. 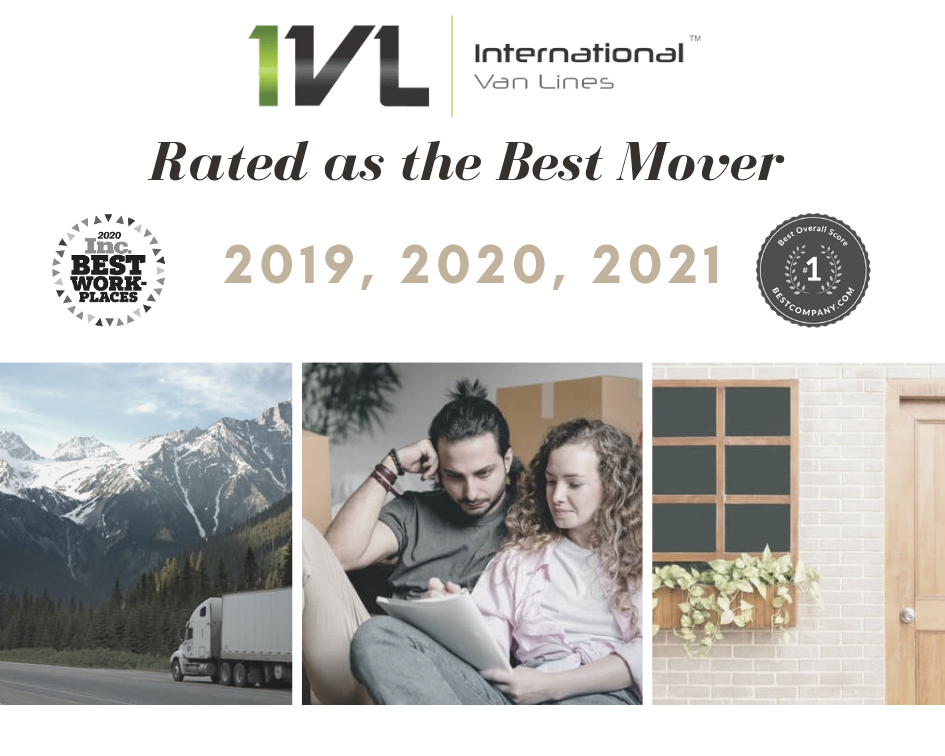 The community of foreign-born citizens

In 2018, 24.9 percent of Channelview, TX residents 10.4k people were born outside of the United States, compared to 13.7 percent nationally. The number of foreign-born residents in Channelview, TX was 25.6 percent in 2017, indicating a downward trend.

Colleges in the Channelview Area

Within 50 miles of Channelview, there are 25 colleges with a combined enrollment of 275,530 students. The nearest colleges to Channelview, which has a population of 38,289 people, are listed below in order of distance from the area. Lee College in Baytown, which is 9.3 miles away from Channelview, is the closest college. Driving time from Channelview to these schools should be under an hour. Rice University in Houston is the best college in the region. Lone Star College System, with 73,499 students, is the area’s largest college.

There are 12 schools in Channelview: 11 public schools and 1 private school. The average cost of education in Channelview is $9,697 per student while the national average is $12,383. Each teacher has 16 students, each librarian has 8,056 students, and each counselor has 616 children.

Channelview Independent School District is a district of public schools in Channelview, Texas. The district was established in 1937 and currently serves 9,593 students in grades PK through 12 with an 18:1 student-teacher ratio. State test results indicate that 45 percent of students are proficient in math and 36 percent are proficient in reading.

Channelview has a booming economy

The unemployment rate in Channelview is 4.0 percent while the median in the United States is 3.7 percent.

The work market in Channelview has grown by 3.2 percent in the last year. Future employment growth is forecast to be 32.3 percent over the next ten years, which is lower than the US average of 33.5 percent. Channelview has a population of 17.9 thousand inhabitants. Retail Trade (2,307 people), Manufacturing (2,293 people), and Construction (2,285 people) are the most populous sectors in Channelview, TX, and Manufacturing ($54,818), Public Administration ($52,261), and Wholesale Trade ($46,129) are the highest-paid.

Channelview residents receive an average of $17,861 a year. The median salary in the United States is $28,555 a year.

You can get a FREE Moving Estimate in Seconds!

Since 2010, the average American commute has become longer with each passing year. In Channelview, the typical one-way ride takes 27.0 minutes. That’s more than the average of 26.4 minutes in the United States.

People in Channelview commute to work in the following ways: 84.0 percent drive their own car alone; 11.9 percent share cars; 1.3 percent operate from home, and 0.6 percent use public transportation.

Channelview’s median home price is $149,700. In the last ten years, home values have increased by 49.4%. The value of homes in Channelview has increased by 6.0 percent.

The Channelview Rental Market – Renters account for 29.8% of Channelview’s population, with 0.9 percent of the city’s houses and apartments available for sale.

On average, Channelview receives 53 inches of rain each year. The median annual rainfall in the United States is 38 inches.

Channelview experiences the coldest nighttime temperatures in January, with an average of 42.5°. This is colder than the majority of Texas.

There are 88.7 days a year in Channelview where the high temperature reaches 90°, which is lower than most areas in Texas.

There are 9.7 nights a year in Channelview where the low temperature drops below zero, which is more than most areas in Texas.

With 9.0 days of rain, June is the wettest month in Channelview, while April is the driest with just 6.0 rainy days. Channelview has 91.3 rainy days a year, which is more than most areas in Texas. Spring is the rainiest season, with rain falling 27 percent of the time, and Summer is the driest, with just a 23 percent chance of rain.

1. Rodeway Inn is a 2-star motel with free parking and WiFi, as well as a 24-hour front desk.

2. Red Roof Inn Channelview is a 2-star hotel with free parking and WiFi, as well as a 24-hour front desk and comfortable beds.

3. Clarion Inn is a 3-star Channelview hotel with an outdoor pool, free parking, and free WiFi. It also has a 24-hour fitness center and a bar.

4. The Palace Inn is a 2.5-star hotel with free parking and WiFi, as well as a 24-hour front desk and comfortable beds.

5.OYO Hotel Channelview I-10 is a 2-star motel with free WiFi and a 24-hour front desk.

The San Jacinto Monument, the Battleship Texas, the Houston Ship Channel, and the Lynchburg Ferry can all be seen from Juan Seguin Historic Park, which is a 4.9-acre park.

Juan Nepomuceno Seguin, a political and military leader who was instrumental in the fight for Texas independence, is honored in this park. A trail, playground, picnic areas, bathrooms, and educational panels are all open. This playground is perfect for climbers, and the park has plenty of open space to run around in… and there’s a lot to learn here.

The Battle of San Jacinto is commemorated at the San Jacinto Battlefield State Historic Site, which also houses the museum ship USS Texas. It is in unincorporated Harris County, Texas, near Houston, and is located off the Houston Ship Channel. In 1960, the site was listed as a National Historic Landmark.

The San Jacinto Monument is very popular in this park. For a view of Houston, the Houston Ship Channel, and the USS Texas, visitors can take an elevator to the monument’s observation deck. Within the San Jacinto Monument’s foundation is the San Jacinto Museum of Heritage. The museum’s displays concentrate on the past of Texan culture, including Mayan, Spanish, and Mexican influences, the history of the Texas Revolution and the Republic of Texas, and significant figures in Texas history, in addition to the Battle of San Jacinto.

The Battleship Texas, the world’s only dread-naught battleship, was used in two world wars and is on display at the multi-faceted destination state park. Picnic areas thrive in this lovely state park. A boardwalk leads you out into the marsh ecosystem with birds and alligators for a fascinating nature walk.

Choose the Best Rated Mover for your move in Channelview Texas